Police in Mexico have launched an investigation after a young boy was tied to the iron railings of a balcony.

Officers raided the family home after neighbours took pictures of the child which were then posted online.


The boy has been taken from the home in the town of Xalapa, in the south east Mexican province of Veracruz. 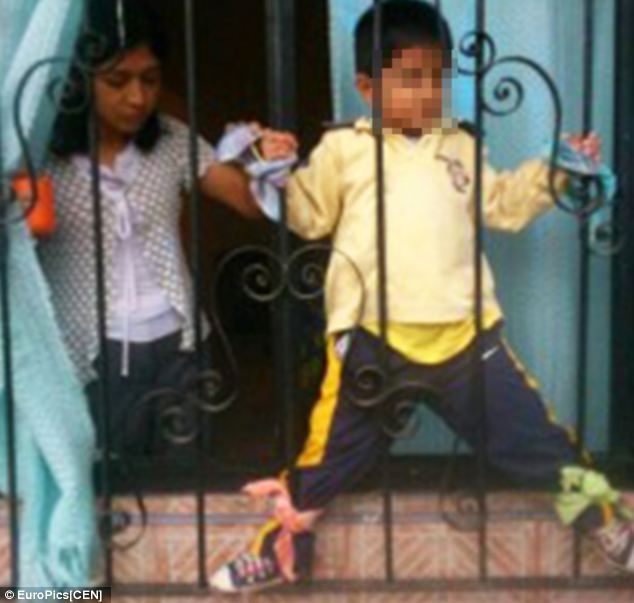 Mariza Guerrero, 55, a neighbour of the family, took the photographs which were posted online.

She told local media: ‘It was a very creepy situation because it was horrible to see a little boy tied hands and foot with scarves to the window of the house.’

According to the neighbours, the boy’s mother tied him to the railings while the father watched. 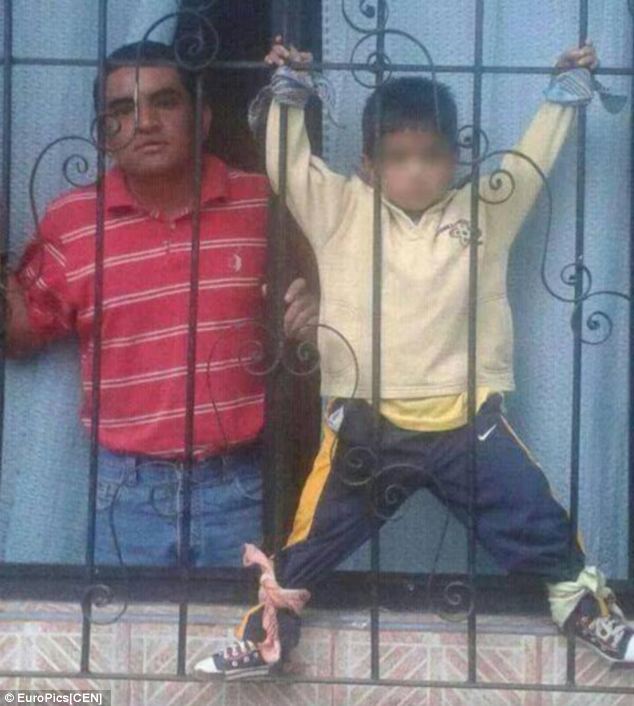 Police are investigating whether there was any ritual aspect to the incident.

The family are known to be strict Christians.

The head of Social Communication in Veracruz, Alberto Silva Ramos, shared the photos on his Twitter profile and said: ‘The authorities are investigating this horrible act in order to punish the guilty parties.

This story originally appeared on the Daily Mail

2.3k
SHARE Tweet
2.3k shares
Don't have an account?
sign up
Back to
log in
Back to
log in
Choose A Format
Personality quiz
Series of questions that intends to reveal something about the personality
Trivia quiz
Series of questions with right and wrong answers that intends to check knowledge
Poll
Voting to make decisions or determine opinions
Story
Formatted Text with Embeds and Visuals
List
The Classic Internet Listicles
Countdown
The Classic Internet Countdowns
Open List
Submit your own item and vote up for the best submission
Ranked List
Upvote or downvote to decide the best list item
Meme
Upload your own images to make custom memes
Video
Youtube, Vimeo or Vine Embeds
Audio
Soundcloud or Mixcloud Embeds
Image
Photo or GIF
Gif
GIF format