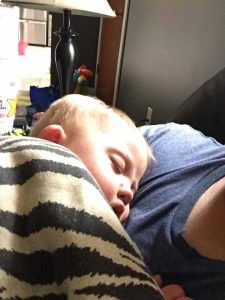 A dad recently took to Facebook after what can only be described as a parents worst nightmare. His post reads:

As I sit here still shaking I’m posting this as a reminder to ALL parents of small children…please always read labels on the foods we feed them.

As I had just finished feeding my daughter I set some of these cheesies on her highchair tray as a dessert for finishing her snack….well in less then 10 seconds I had turned to rinse her bowl in the sink…turned back and saw her gasping for air. She was trying to cry but no sound was coming out….I rushed over and picked her up and turned her over and slapped her back(as we were taught) for what seemed like forever I still could not hear anything. I flipped her over and her lips had turned blue and she was still trying to cry. I tried again to flip her facing down and slapping her back but nothing…..turned her over and her lips were even more blue….its at this moment I thought my little girl was going to die in my arms… I panicked and did the only thing I could think of….I rammed my finger into her mouth and down her throat and was able to squish the cheesie enough that the next thing I heard was the sweetest sound in the world…her crying.

I flipped her over again and slapped her back and with the force of her crying it became dislodged and I was able to sweep it with my finger out of her mouth. It was the longest and scariest min of my life. I called my mom over just help calm me down and Annabelle.

I was confused as she had ate them days before with no problem. After scanning the can my mom found this “warning” in tiny letters on their side to throw contents out after 5 days of breaking the seal. I opened a new container and I could not believe the difference. The ones in the can she choked on I can only describe to be like a foam ear plug. I could squish it but it would expand back out and would not break apart. The ones in the new can crumbled with ease.

Again this is not a post to degrade Gerber in anyway. So many products post warning labels but unless u scan the product you can get “lazy” as parents and it becomes routine.

I attached pics of the product and the warning on the side and my little girl sleeping after cuddles of the aftermath. So again this is just a warning to all parents…read the labels! 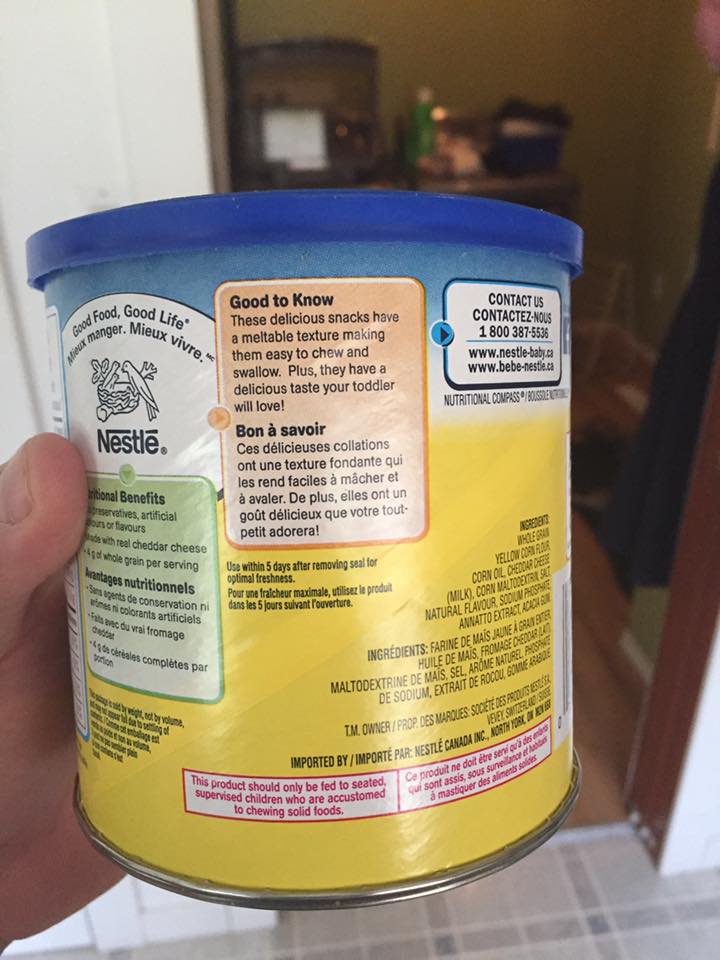