Since I started blogging about my son Quinn and his disability, I knew this day would come. There’s no shortage of trolls on the Internet who hide behind the anonymity of a screen name with the intent to be cruel, and I’ve seen their hostility many times before. In fact, in the wake of a recent robbery at the Down Syndrome Association of Houston’s headquarters, in which $10,000 worth of technology was stolen, there was no shortage of ignorant comments on the news story reporting the incident. One user asked, “how will they learn to count to potato?” Another claimed that wasting computers on “retards” was stupid anyway and that the organization deserved to be robbed. These comments, while offensive, simply serve to showcase people’s hate-fueled ignorance and aren’t worth my time. I grimace when I read them, but realize there’s little to be done about such stupidity. But last Saturday, you targeted my son personally and instead of being angry, I’d like to give you some advice: Don’t be a d*ck. It will come back to haunt you.

I don’t want to make assumptions about you, but I can only guess that you know little about the helplessness that parents feel when caring for a sick infant with respiratory issues. Quinn was sick last week, but was feeling much better by Friday. We decided to sit in the backyard and soak up the sun after school. There aren’t many things in this world more beautiful than seeing your recently-ill child light up in a smile, and I snapped a few photos to celebrate his recovery, then posted them on Instagram with the hashtag “#downsyndrome.” I love to look through those photos myself in my spare time, because damn if those kiddos aren’t adorable. Of course, you feel differently because you, JusesCrustHD, found this photo and left a comment with one simple word:

“The fact that you find my child ugly is one thing. You are entitled to your opinion.” 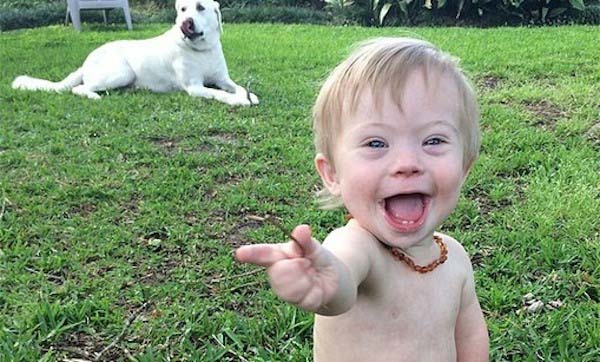 But the fact that you intentionally search #downsyndrome to find pictures to insult (sadly, Quinn is not the only victim of your behavior; I came across many other inflammatory responses) is both childish and sad. 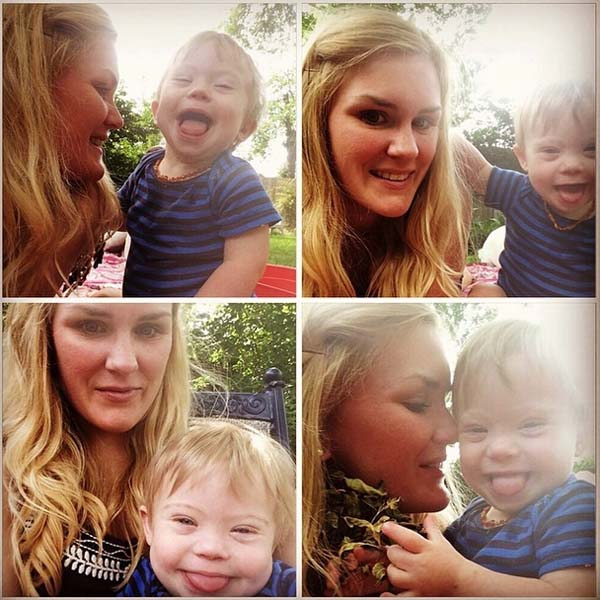 Your profile is also full of offensive posts and crude statements 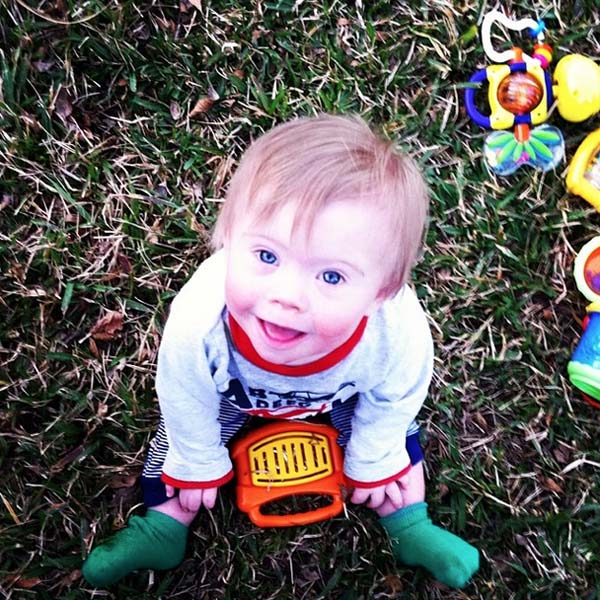 In one such photo, featuring two kids with Down syndrome and the word “wiitard,” you get bent out of shape because many, MANY people called you on your prejudice. 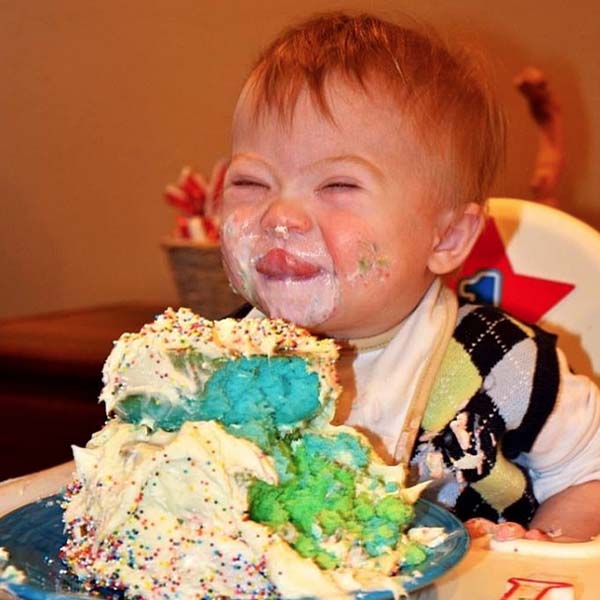 You claim it was a joke and that people should lighten up. But what about purposefully seeking out pictures of our children? What about the fact that a beautiful photograph of my son was tarnished by your hatred? That’s not a joke. That’s cyberbullying. Needless to say, I reported your profile.

I recognize that you want to see me get worked up about your little “joke.” I’ll be honest; it’s hard not to be angry about it, but I can’t allow myself to carry that weight on my shoulders. I can’t allow myself to feel anything but sorry for an individual with so little tact. Because in end, you will be the one to face the consequences of your choices someday. There are few people in this world who tolerate that kind of backwards thinking, and you’ll eventually mouth off to the wrong person. My guess is that you already have, which is why you hide behind a screen name.

God knows there were plenty of cruel adolescent boys in my time: boys who took pleasure in pranks and jokes at others’ expense. There were even a few of them that were directed at me, but it gave me tough skin and I grew from the experience of facing such mistreatment. Maybe that’s why I’m willing to let this one go; I know where most of those boys ended up, and it’s nowhere I’d want to be. And as a teacher, I’ve seen kids like you crash and burn. Go outside. Read a book. Compliment someone. Most importantly, enlighten yourself; there’s already enough cruelty in this world, and anyone worth their salt should be striving to make this place better, not worse.

I simply hope my own children learn to look past ignorant comments and actions and treat others with respect and dignity. We all deserve it, even you.

Source via: maemennes and The Huffpost