Exhausted and losing weight, Nicky Rigby put her symptoms down to the stress of giving birth just five months earlier.

Tragically, she had no idea they were a sign of undiagnosed diabetes which cost the 26-year-old her life. 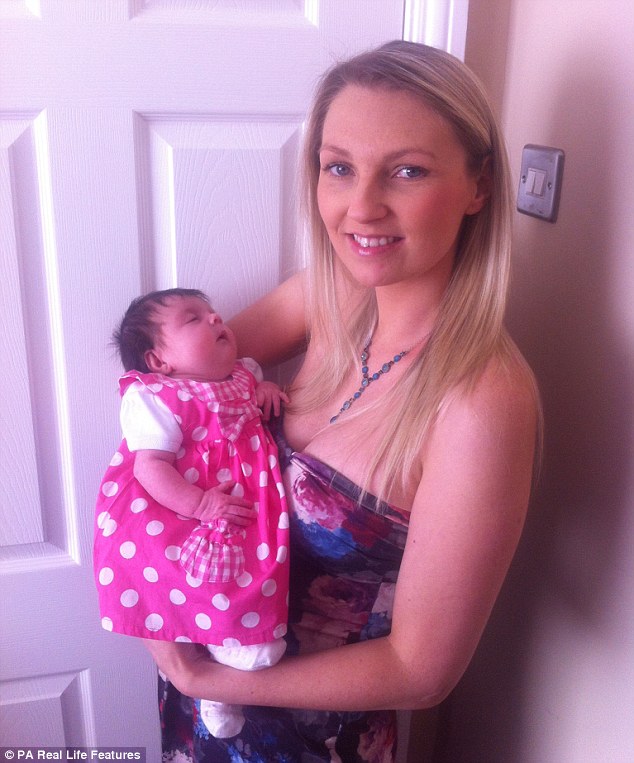 Miss Rigby died after being found unconscious at home by her fiance. An inquest later heard the mother-of-one had suffered from Type 1 diabetes, which had led to her oesophagus gradually deteriorating.

Her family discovered she had shown all the symptoms of the condition, including tiredness and weight loss, but had never been tested for it.

Instead, she assumed they were the result of giving birth to daughter Lily.

Her fiance said that when he took her to a doctor, she was simply prescribed iron tablets.

The coroner concluded that she died of diabetic ketoacidosis, which can occur when people with diabetes do not get the insulin they need.

It is not clear how long she had suffered from the condition, or if it was triggered by the pregnancy.

Her devastated fiance, Mark Wilson, is now sharing her story in an attempt to raise awareness of diabetes among new mothers and convince them to ask for tests if they have any symptoms. 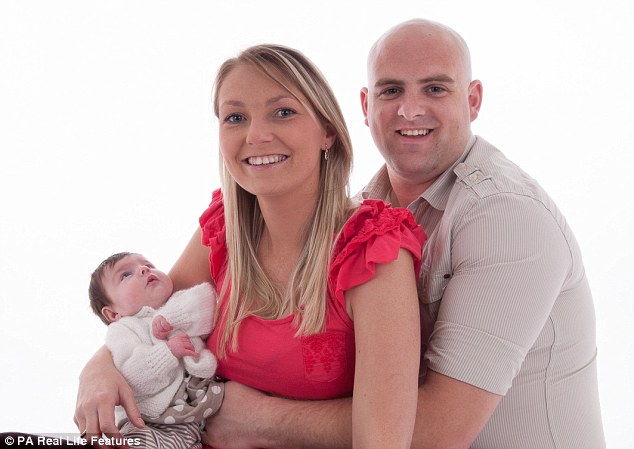 The 29-year-old, from the Wirral, said: ‘Nicky was a natural with Lily, cuddling and feeding her.

‘She loved being a mum, despite the sleepless nights leaving her feeling exhausted.’

Mr Wilson said the tablets prescribed by the doctor did not help. ‘She didn’t want anyone fussing over her,’ he added. ‘She just said that all mums get tired like she was.’

But in July 2012, on Mr Wilson’s birthday, Miss Rigby began complaining of a stomach bug.

The following evening, she decided to have an early night while he went out with friends. Mr Wilson said: ‘Nicky wasn’t feeling great and insisted I go and enjoy myself. I kissed her goodbye then took Lily round to my mum’s house so Nicky could have a rest.’

Hours later, he returned home and put his head around the bedroom door to see how his fiancee was doing.

He was horrified by what  he saw. ‘I decided to switch on the light to see if Nicky was OK, and then saw she was surrounded by black vomit,’ Mr Wilson said.

After dialling 999 he began CPR, but she failed to respond.

He added: ‘Soon after, the paramedics arrived and I heard one of them say Nicky had passed away.’

The inquest in Cheshire heard Miss Rigby’s death could have been prevented with simple insulin injections to control her blood sugar.

Mr Wilson said: ‘All I could think was Nicky had wanted to be a mum so much and now she wasn’t going to get to see our little girl grow up.’

Determined that Lily will know her mother, he has put photos of her all over the house and made a memory box that they can look through together.

Inside is a gold heart necklace he gave Miss Rigby, as well as her diamond engagement ring.

‘I want Lily to look at the pictures of her mum and know she was a brilliant, fun person,’ he said. 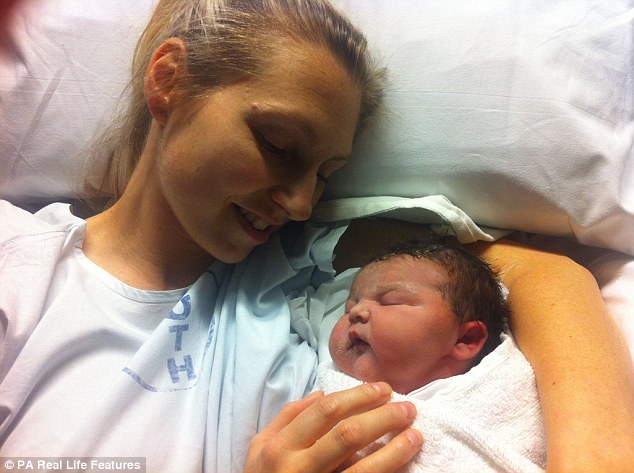 And he warned other women: ‘Please don’t battle on through exhaustion like my brave Nicky tried to do.’

It occurs when a severe lack of insulin means the body  cannot use glucose for energy, and starts to break down other tissue as an alternative energy source. This process produces poisonous chemicals  called ketones.

Left untreated, diabetic ketoacidosis can cause potentially fatal complications, such as severe dehydration and swelling of the brain.