Are you a ‘soberista’ yet? Join the new clan of health-conscious women who have ditched alcohol and never felt better

When the sun’s shining, it’s tempting to seize the moment and raise a glass to the British summertime. But with the inevitable sore head, the extra pounds on the scale and a missed gym session to feel guilty about, is alcohol really worth it?

A growing number of celebrities are jumping on the alcohol-free trend in a bid to boost their health and vitality. Going one step further than athletes and sports personalities such as David Beckham and Jessica Ennis who abstain during training, many celebs have gone completely cold turkey on booze. Rather than stumbling out of the pub or club in a drunken haze, the likes of Jenifer Lopez, Fearne Cotton and Kim Cattrall are regularly pepped getting their fitness fix instead. 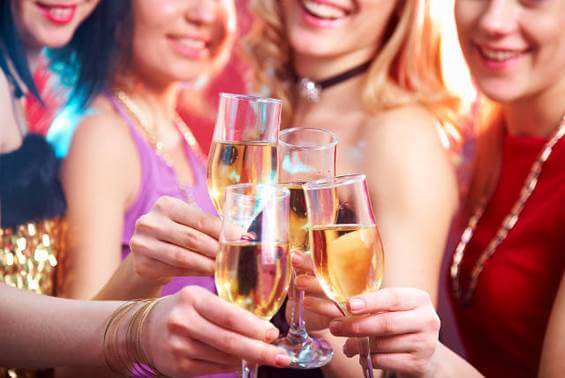 Are you a ‘soberista’ yet?

‘The simple gains to your health and fitness by removing alcohol from your diet are making it a popular health and lifestyle choice’, says nutritionist Nick Morgan (awordonnutrition.com). ‘Real’ women are experiencing the benefits, too. H&F’s fitness editor Sarah Ivory turned soberista a year and a half ago, after gradually reducing her alcohol intake to pursue her passion for competitive running. ‘I’ve never handled alcohol particularly well, or enjoyed its after-effects, but the main catalyst for abstaining was my love of sport’, says Sarah. ‘The more serious I got about my training, the less room there was in my life for drinking and, subsequently, under-performing’.

A healthy attitude to alcohol is important when taking your diet and exercise regime seriously but, according to the Department of Health; Brits are underestimating their intake by 40 per cent. So could you benefit from a period of abstinence or going teetotal? Read on to find out.

The calories in alcohol are often referred to as ‘empty’, as they offer your body minimal nutritional benefit, but maximum calorific results. It’s also easy to overlook your alcohol consumption in your daily calorie intake, but you shouldn’t, given one pint of beer contains 165 calories, a 125ml glass of wine contains 83 calories, and a pint of cider contains 210 calories. Even a quiet night in with a bottle of wine can make the numbers add up!

Drinking alcohol can also lead to other habits and behavior that is detrimental to your weight, says Morgan. ‘Drinking alcohol can have a knock-on effect on your food choices, your sleeping patterns, your motivation to exercise and your cravings’, he says. Alcohol is a depressant, not a stimulant, so after a drink or two, you’re more likely to want to slob on the sofa than go for a calorie-burning run.

If you’ve tried to exercise with a hangover, you’ll know it’s not a pleasant experience – a dry mouth, headache and an upset stomach can make a session unbearable. It takes your liver one hour to process a unit of alcohol and, during this time, all other demands on eth liver, such as glucose production, are put on hold. If your liver is still trying to process alcohol, there’s no fuel for your muscles to use during exercise. ‘As a result, the quality of your training and of your subsequent recovery will both be affected’, says Morgan. 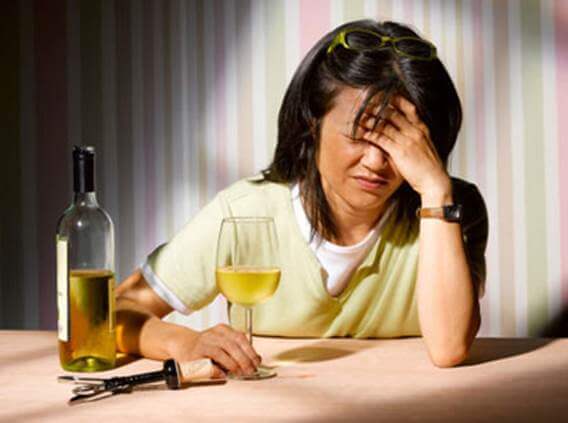 Another result of an alcohol binge is dehydration. Alcohol interferes with your body’s water levels, acting as a diuretic. This means your body loses more fluid than it takes on – even if you’re drinking water between alcoholic drinks you’ll still end up dehydrated. ‘In a state of dehydration, your body’s inflammatory response takes longer to kick in after a workout’, says Morgan. So, not only will you have a headache, your muscles will ache for longer, too!

If you abstain from alcohol, you’ll find you can put more into your workout and get more out of it’, says Morgan. ‘But if cutting out alcohol is a push too far, leave a gap of at least 48 hours before a workout to allow your body to recover’.

The long-term effects of drinking too much alcohol are widely recognized, and include faster ageing, increased blood pressure, greater risk of cancer, heart disease and stroke, plus osteoporosis and liver and stroke, plus osteoporosis and liver disease. A recent study published in the American Journal of Public Health found that a drink a day increases risk of breast cancer in women by 20 per cent, while regularly binge-drinking raises this to 40 per cent. 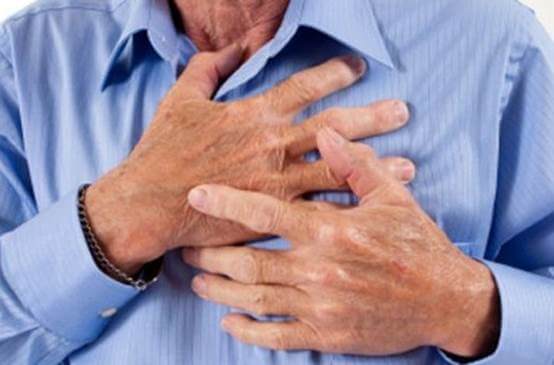 In the short-term, frequent alcohol consumption can result in memory loss, sleeplessness, headaches, sweating, bad skin and weight gain. The good news is that these symptoms disappear quickly when you abstain. ‘Clients who are regular drinkers and have ditched booze feel better within two or three days’, says Morgan. ‘Within seven to 14 days, their daily wellbeing is significantly better – they wake up feeling fresher, have a better night’s sleep and see improvements in the quality of their training’.

Is it just hype?

While most agree heavy drinking is bad for your health, recent studies have suggested that moderate alcohol intake – the equivalent of one large glass of wine per day – is beneficial for your heart. A 1995 study by the Royal College of Physicians suggested that low to moderate alcohol consumption can result in a reduced risk of coronary heart disease, and a recent French study has kinked moderate drinking with lower heart disease markers and a reduced risk of stroke and diabetes.

There are, of course, healthier ways to protect your heart than drinking alcohol every day, and these studies didn’t take into account other alcohol-related illnesses, such as liver damage. Plus, a 2012 study be German researchers found that alcohol posed a greater risk to life expectance than smoking, so there’s certainly room for interpretation and common sense.

Plus, while important, monitoring your alcohol intake can be a laborious task. And it’s still important to remember that following a healthy diet and taking exercise regularly really is the best medicine. ‘In my opinion, the Government guidelines are old-school and ambiguous’, says Morgan. ‘Understanding a “unit” of alcohol is complicated, so I advise my clients to stick to one glass of wine, three times a week. I’d also recommend having two or three non-alcohol days per week, to avoid dehydration’, he adds.

For most people, the maxim ‘everything in moderation; is a useful way to prevent drinking habits from taking an inappropriate place in their life. But there’s no doubt that some valuable gains can be achieved by cutting out alcohol entirely, even if just for a short period of time.