Keri and Royce Young, the couple who chose to carry their terminally ill baby full-term, knowing she would not survive for long, were forced to say goodbye on the same day she was born. 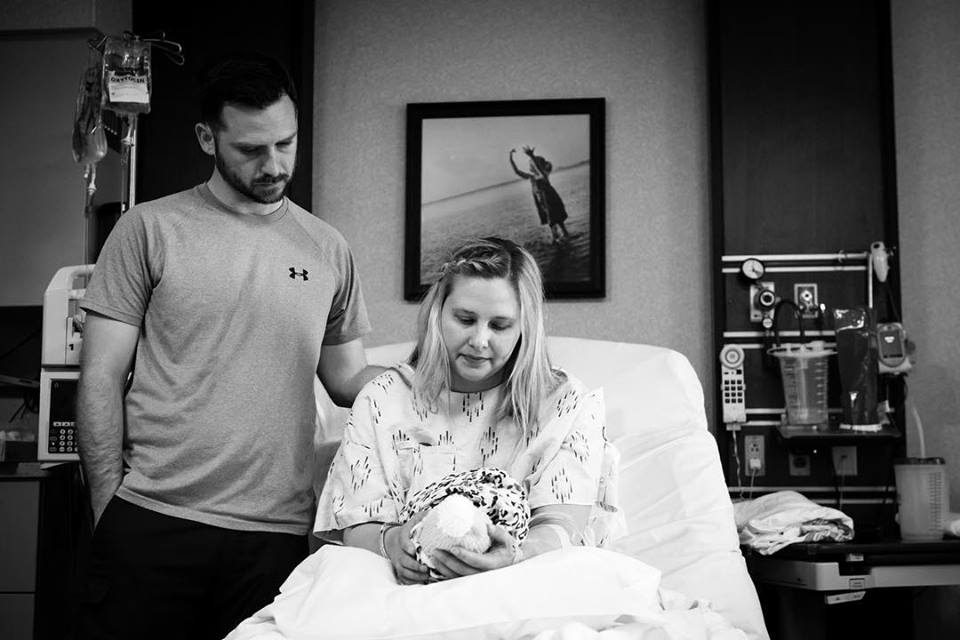 On Tuesday Keri, posted a bitter-sweet family photograph to her Instagram page holding her newborn baby while husband Royce and their son smile next to her hospital bed.

The mum wrote: “We said hello and goodbye to our sweet Eva yesterday. She was so perfect in her own little way.

“I’ll be sharing more about her incredible story later.”

Keri and Royce Young attended their ultrasound scan in December 2016 and were told their baby had the rare condition anencephaly, meaning she had no brain and would never develop one.

The devastated couple made the brave decision to continue with the pregnancy – fully aware their baby would only live anywhere between five minutes and 36 hours – so that her organs could be donated, saying it was the decision they would ‘regret the least’. 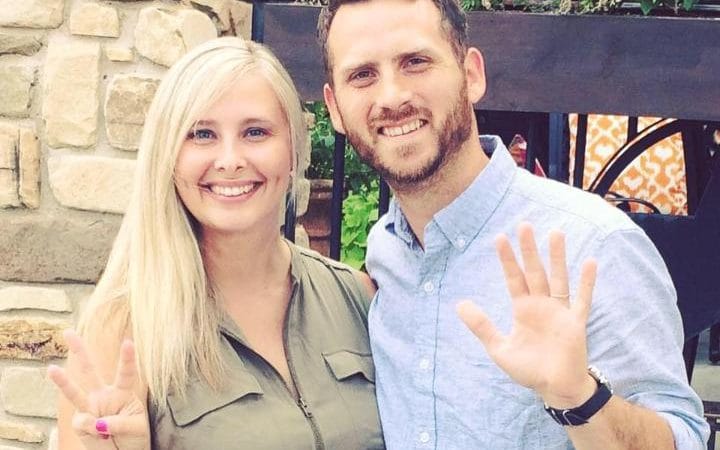 Keri could feel her daughter hiccuping and kicking and knew that, while she was safe inside her, she was as alive as she would ever be.

Keri and Royce told Good morning America how their baby was “already dead” when they found out she was terminal.

Her father shared how when he was told her condition was terminal, she was “already dead.”

Royce said: “We look forward to holding her, kissing her, talking to her, telling her about her brother. And to think that that might have to be done in five minutes is really hard.

“You can make plans and you can prepare yourself, but once we kiss her and say goodbye she’s gone – it is final.

“My daughter’s got a bigger purpose in life. I don’t get to brag about how pretty her hair is. I won’t get to tell people how good grades she made. I get to tell them about what she’s doing with her life.”

The couple had chosen the name Eva during their pregnancy as it means ‘giver of life’.

Keri explained how she wanted to make the birth a special celebration.

She said: “I want there to be so many flowers there.

“Because I think – because she’s getting this, she’s not getting a first birthday or a graduation or a wedding.”

Speaking of her pregnancy, she wrote: “She’s as perfect as she’s going to be right now. So I don’t want to give that up.

“Now is not the time to be sad. I keep telling people we have a whole lifetime to be sad, after she’s born and after she passes, then that’s sad.

“But now, she’s alive and she’s kicked and… for this pregnancy, that’s the most joyful part.”

Anencephaly is rare and affects only one in 100,000 pregnancies.