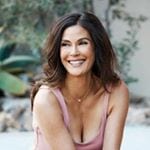 Former Desperate Housewives star Teri Hatcher has shared details of a sexual assault she endured at the age of 5 in an open letter to President Donald Trump. Hatcher penned the letter, posted on Instagram, in response to Trump’s mocking of Dr. Christine Blasey Ford’s Senate testimony in which she accused Supreme Court nominee Brett Kavanaugh of sexually assaulting her when the two were teens.

“Mr. President @realDonaldTrump, I’d like to take this opportunity to weigh in on the process of recalling a sexual assault. #metoo #believe #survivor,” Hatcher wrote.

Trump took on Ford’s accusations at a campaign rally Tuesday night, making fun of her emotional testimony before the Senate Judiciary Committee. “What neighborhood was it in? ‘I don’t know.’ Where’s the house? ‘I don’t know,’” he told the crowd. “Upstairs, downstairs? ‘I don’t know.’ ‘But I had one beer, that’s the only thing I remember.’”

Hatcher relayed her own experience of what she remembered of her own assault and what she did not, in the following letter.

Here’s what I remember:

His erect penis, that he was stroking as he sat behind the wheel of the car.

He took my hand to touch it anyway. It was pink. There were tissues. I didn’t know what they were for, but then I did.

I was face down on the seat looking at the floor as he violated me.

He said, “Someday you will.”

Here’s what I do NOT remember:

The address of where it happened.

How I got there.

How I got home.

What day or month it was.

If anyone was drinking beer.

Sadly, myself and then decades later, teenager Sarah Van Cleemput were abused by the same man. She committed suicide. I battled suicide.

Mr. President, I am a survivor, who stands available to help you understand the way the memories of a trauma like that work. It might be hard for you to understand. I can readily explain in detail that “I don’t remember” is often the most honest response surrounding questions of an assault. It does NOT mean it didn’t happen. Please do not add “Mocked by President” to the Injury list of a sexual survivor.